One of my favorite things is a garden party, and it had been a long time since I had hosted people at the house, since the holidays. It was time. My friend Sasha was visiting from LA, the weather was in the 90s, and I had just spent the week before clearing and weed wacking the jungle of our backyard.

The plan was to host a handful of ladies since Adam was out of town on a river rafting adventure, but a few days before I still hadn’t reached out to anyone except Sasha and one other friend. The week was a hard one for some reason, nothing felt right. And when Saturday rolled around, I had a window open in my email with 10 ladies email addresses in it. I wrote up the invite and never sent it. Something was making me feel overwhelmed. The morning before, Sasha called from Chico, and told me that she was given a bushel of peaches and had made a peach cobbler for the party.

At this, I thought, worse case scenario, we get to eat a cobbler between 3 of us!

Sunday morning I awoke feeling better, like something shifted. I met my friend Elizabeth, and we walked over to the farmers market together. I feel so lucky that every Sunday morning, I can walk 4 blocks up the street to the local market. It is a beautiful and satisfying ritual.

By 11am, I was in the kitchen with a gorgeous selection of produce. The day before I had gone to the store and bought yogurt, pork, wine, some fresh herbs and cheese. I felt relaxed and ready.

I picked flowers from the yard and arranged the table in the driveway where I had spent 2 hours digging soil and putting up the bamboo fence.

Meanwhile, I was in the kitchen prepping. Noon rolled around and I sent out a few text messages to friends to see who at the last minute was free to come over.

The menu was inspired by a few recent issues of Bon Appetite Magazine. Since I don’t eat tomatoes, I wanted to make a Caprese inspired salad and made 2.

I set the table with canvas and my vintage and Heath Ceramics collections. Mexican blankets acted as rugs on the dirt ground. 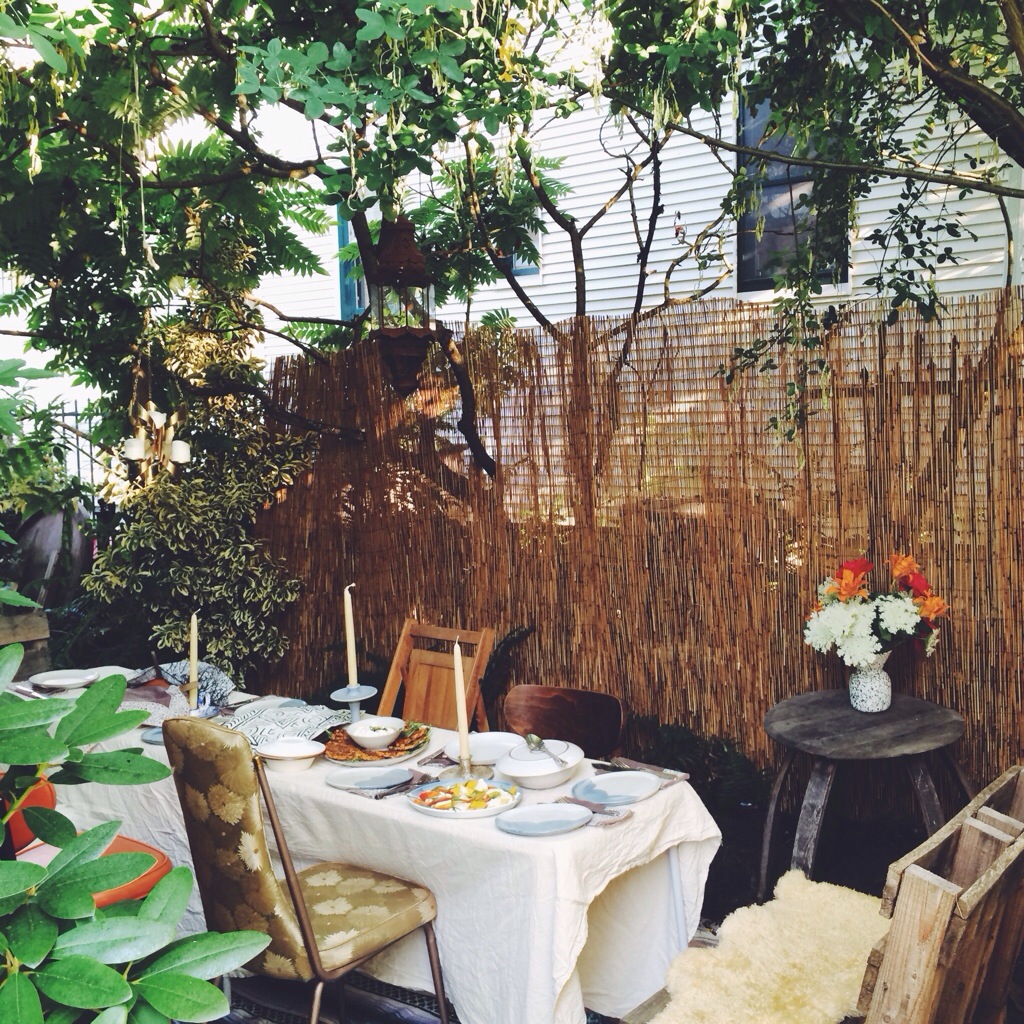 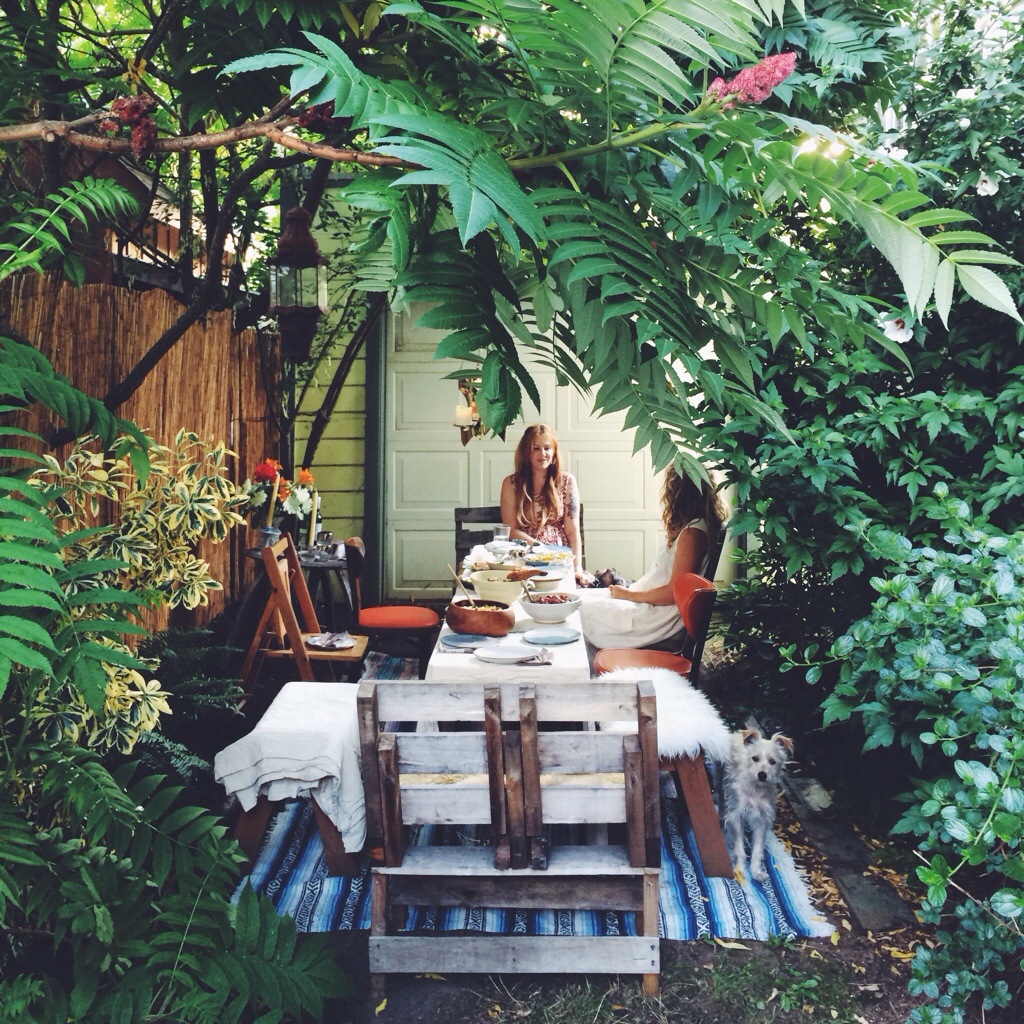 The ladies arrived around 7pm with wine and fruit, zucchini salad, ice cream and desserts and fava bean crostinis. The garden filled in around us, sumac dripping down overhead.

the rose was flowing!

We went around the table and everyone introduced themselves since few of the women knew each other. It was fun to hear stories about how we had met and to introduce such a wonderful group of women to each other. 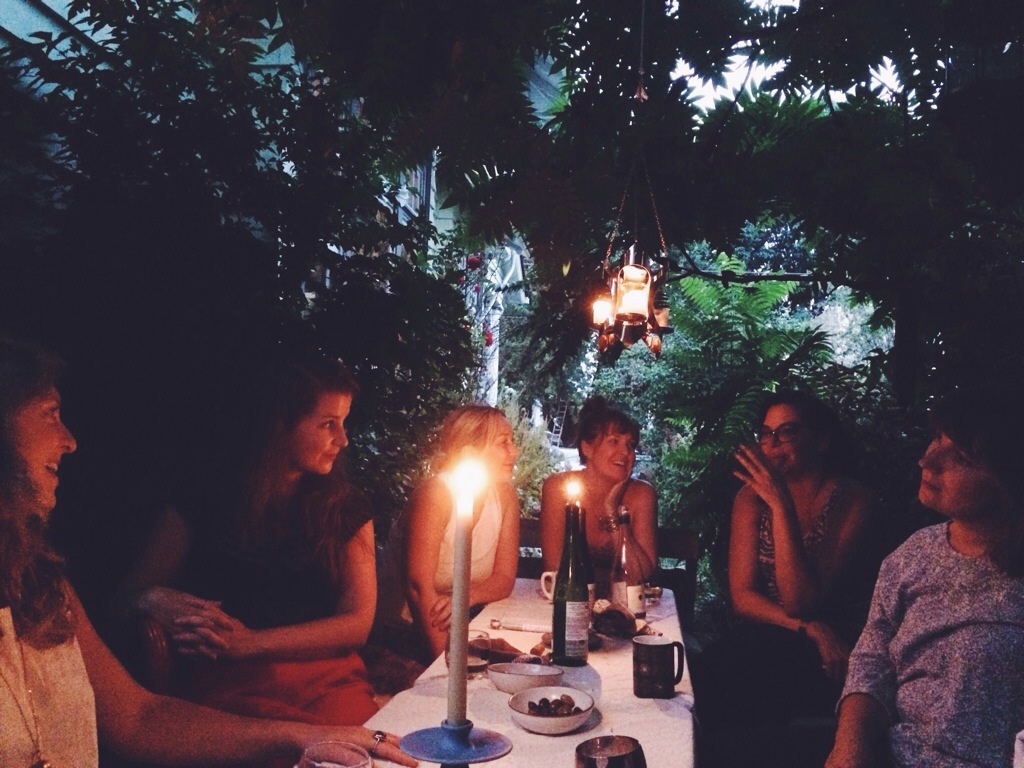 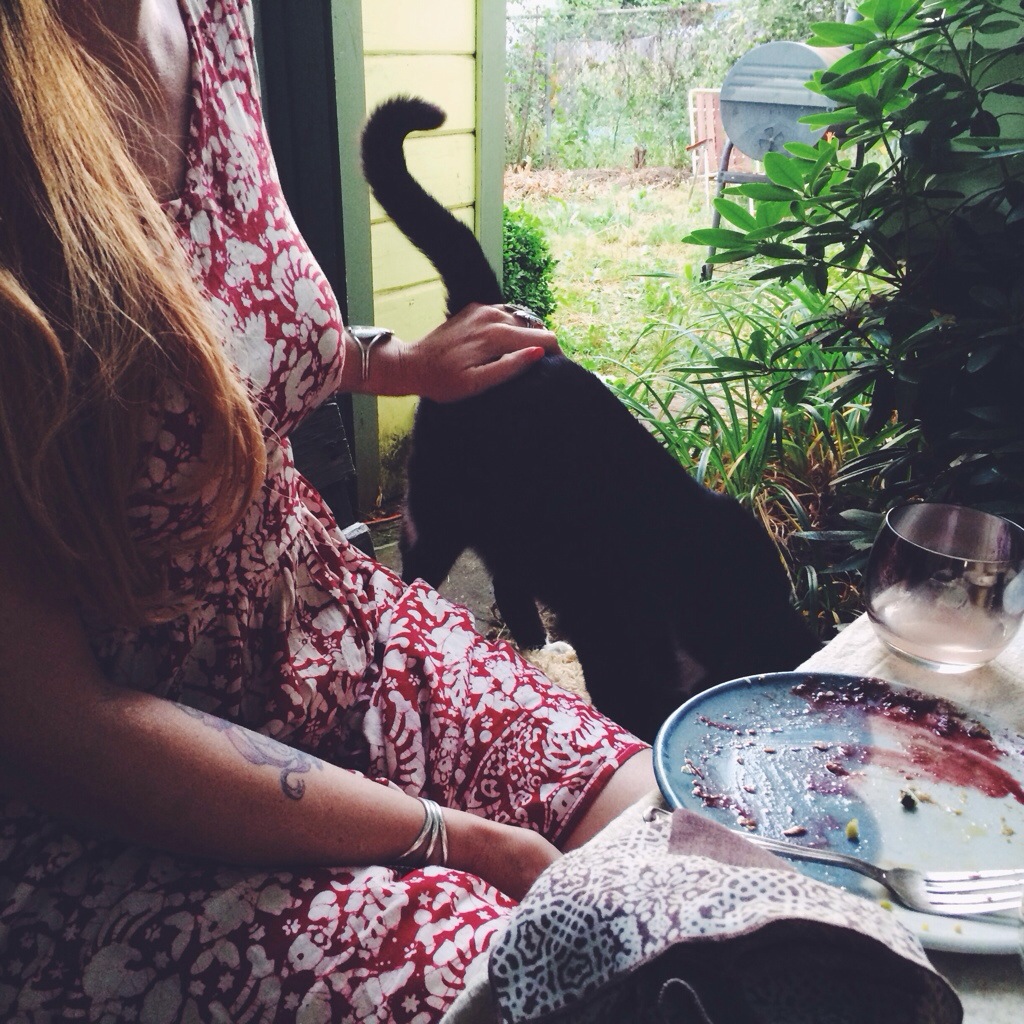 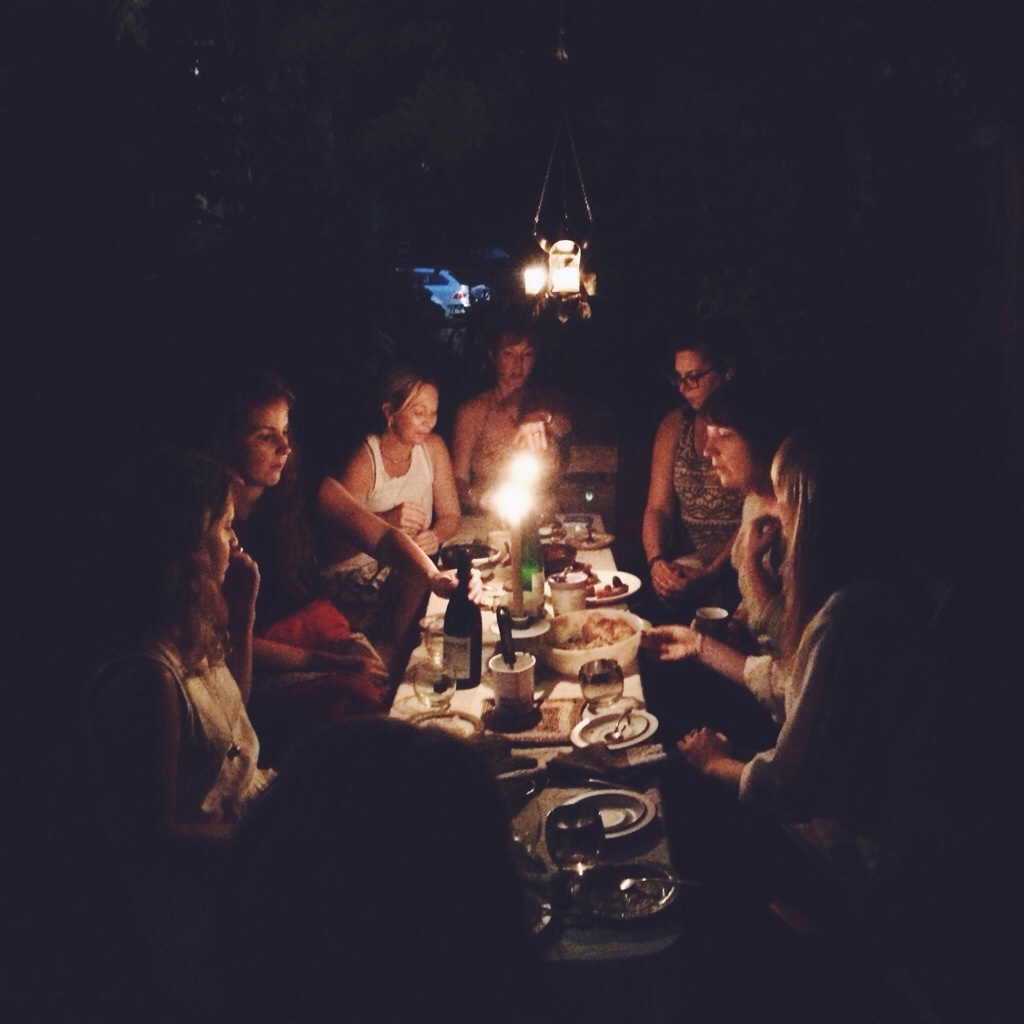 After dessert, Tracey passed around a package of sparklers, a pre-Bastille day explosion and celebration of summer. It’s impossible to not smile when playing with sparklers!

We lit a fire in the backyard, and some of us stayed up until 2am, drinking wine and talking about adventures. I felt so perfectly grateful to be in the yard, late at night, the heat of the day acting as our blanket, and sharing laughs with friends. I spent the whole day preparing for the party, and left all the dishes to do later, so I could enjoy the night with my friends.